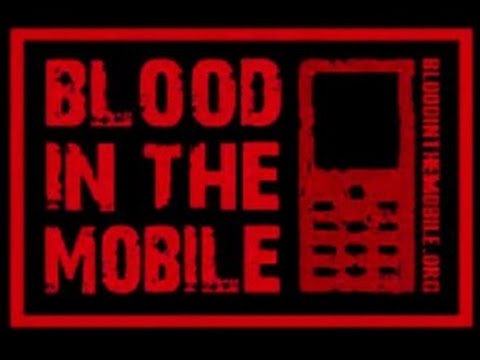 "We love our cell phones and the selection between different models has never been bigger. But the production of phones has a dark, bloody side.

The main part of minerals used to produce cell phones are coming from the mines in the Eastern DR Congo. The Western World is buying these so-called conflict minerals and thereby finances a civil war that, according to human rights organisations, has been the bloodiest conflict since World War II: During the last 15 years the conflict has cost the lives of more than 5 million people and 300.000 women have been raped. The war will continue as long as armed groups can finance their warfare by selling minerals.

If you ask the phone companies where their suppliers get minerals from, none of them can guarantee that they aren’t buying conflict minerals from the Congo.

The Documentary Blood in the Mobile shows the connection between our phones and the civil war in the Congo. Director Frank Poulsen travels to DR Congo to see the illegal mine industry with his own eyes. He gets access to Congo’s largest tin-mine, which is being controlled by different armed groups, and where children work for days in narrow mine tunnels to dig out the minerals that end up in our phones."

The movie is in English. The exists a version with German synchronisation.